April’s Pick of the Month – PokéGalaxy

Pokémon meets 40K in this fantastic fantasy board game that’s in the works by Spiloofar.
The aim of Pokégalaxy is to explore maps and dungeons to defeat Team Chaos’s armies before they gain control of the planet Horus and subsequently creating an unstoppable army taking over the galaxy.

The theme is taken from a much more technologically advanced timeline of Pokémon where humanity is at a stage to explore and colonize different planets. You are one of 4 characters that live in one of the first colonies on Horus with your partner Pokémon, Chandra with Charmander, Forren with Bulbasaur, Marshall with Squirtle and Pheony with Eevee, their portraits are down below (and in order!). 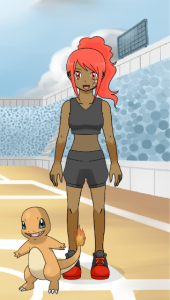 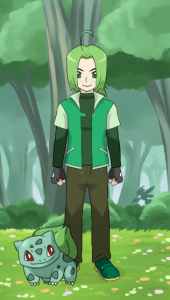 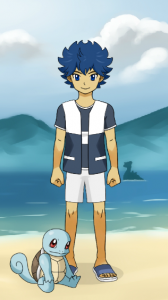 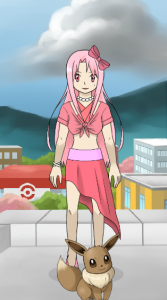 However Team Chaos have marched into the city and demanded the corporation of the people, recruiting them into their army, handing over their Pokémon and most importantly set them to work building their next base. But you’re not going to have any of this! So under the cover of dark you and your buddies set out to bring them down, and drive them out, giving yourselves a new resolve to stop them for good consequently learning more about the organization on your journey…

There is a book with a full story to play through (30 separate games!) but there is also rules to allow you to play a game without story (So you don’t have to spoil yourself!).

But what is the best part? You can actually evolve your Pokémon with enough battles and even change their move set too, making you stronger! For example, at level 1 all Pokémon start with tackle, but let’s say you started with Bulbasaur and he’s levelled up to 7, he will now learn Leech Seed! Obviously we won’t go into specifics but each elemental type plays similarly to how the games do!

Other facts you may want to know:
• There are pre-set map designs for those who want quick set up but also gives you the freedom to set up maps how you like for a much different experience.
• The game is 1 – 5 player, 1 may control Team Chaos while up to 4 can play as their chosen character
• This game is for everyone! It’s incredibly simple to play and fun for all!
• The average game lasts around an hour long!
• Can both be a one off game OR you can follow the story!
• The rules can be altered and changed to make it easier or harder, so those who want more of a challenge can do so!
• You can level up and evolve your Pokémon but most importantly…

June’s Pick of the Month – Carcassonne

As the hot weather rolls in we need some games that are easy to pick up and play for all. That’s why...

May’s Pick of the Month – Ticket to Ride

Deja vu? Well, maybe! We have talked about Ticket to Ride recently in our Games You Should Try While...

April’s Pick of the Month – PokéGalaxy

Pokémon meets 40K in this fantastic fantasy board game that’s in the works by Spiloofar. The aim of...

Games You Should Try While Quarantined

Being quarantined can be hellish! Whether you’re stuck doing work or with the kids, you should all f...

We have a special little bonus pick this month to pair up with our Dungeons and Dragons blog and tha...